← more from
Wah Wah 45s
Get fresh music recommendations delivered to your inbox every Friday.

by Isaac Birituro and The Rail Abandon 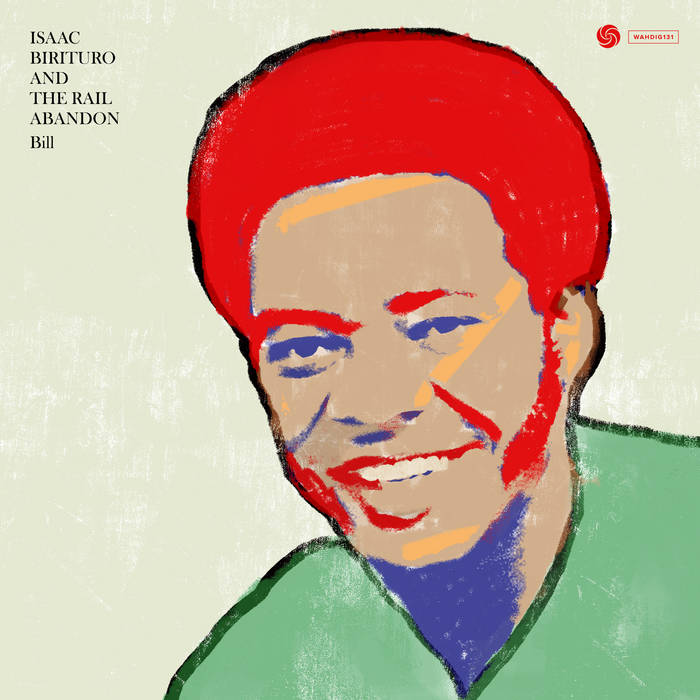 Exactly one year on from his passing, Ghanaian/UK outfit Isaac Birituro & The Rail Abandon deliver a fitting tribute to American singer-songwriter and musician Bill Withers.

Having released their debut LP, Kalba, in 2019 and garnering support and praise from Gilles Peterson, Tom Ravenscroft, Cerys Matthews and many more along the way, this cross continental project, spearheaded by singer, songwriter, musician and producer Sonny Johns and Ghanaian xylophonist Isaac Birituro, take a moment to lament the loss of one of black music's all time greats. As Sonny explains...

"23rd March 2020: the UK watches a blustering buffoon clench his fist too tightly as his waffles on telling us to stay home but go out, but don't go out unless you work in a blah blah blah Blah….

That's all we need: the foreseeable future locked away from the rest of the world, no chance of playing music with each other, no festivals and then the heavy news that one of music's legends has died.

In an attempt to find some positive from the situation I spent time listening to the recordings we'd started the October prior. One of them was a jam that happened at the end of the day. All washed out and tired, I started playing a little bass line, Yuval joined in on the drums, Raph sat down at the piano and Isaac picked up his sticks to keep us on track. What comes out is a soft but heavy beat back and forth between melody and groove - clearly inspired by Bill Withers whether we realised or not.

Listening back in early April 2020, it feels only natural that the lyrics I needed to write should be about this great musician that has influenced me and so many others so deeply. I don't think I've met a musician that doesn't love Bill Withers, whether you play folk, pop, jazz, rock, soul, Afrobeat, whatever, there's always love for Bill. There no resisting those infections grooves, chugging bass lines, soaring strings... and the deep golden voice.

So how do I write a song about such a musical giant? I don't think I could. I let him do it for me and use his own words in as respectful a way as I can. He said it all so simply, so right, so why try to top it?

Personally, I don't believe in life after death, but I hope I'm wrong and that he's gone up there somewhere and he's back in his grandma's hands, and if you are up there Bill and you get to hear this little recording we did for you...

Thank you Bill, you'll always be with us."

Bandcamp Daily  your guide to the world of Bandcamp

Nightmares on Wax and Bremer McCoy stop by with their sublime new LPs.